Palermo – as you’ve never seen it before! Hidden, unusual, fascinating, and mysterious…We’ll show you how the City’s secrets of the past blend together with its creativity of the present. Get to know some unique local personalities as well as our international artists. As we cross Palermo on foot with our noses pointed upwards, your eyes will become super attentive and all your senses will open up in a flash. Our walking tours are very different to those that you would find on the more traditional tours. Discover street art scattered along old alleyways and on the sides of walls, facades of homes, doors and gates, balconies, and even window shutters. Take one of our Cemetery Tours and weave your way through decorated chapels and funeral monuments. Book our Ghost Tour to hunt for traces of evanescent transitions. Finally, our Trekking Tour takes you all the way up to the breathtaking sanctuary of an artist hermit.

This is
ALTERNATIVE TOURS PALERMO

We explore a place that is truly a symbol of the urban, cultural, and edificial regeneration that is currently happening in Palermo. The Kalsa, which stems from the Arabic word “Al Khalisa” meaning “the chosen one”, was founded in the 10th century and has undergone innumerous transformations. Today, it is considered one of the most fascinating quarters of the city. The very first works of street art appeared in its central Piazza Magione and many more have been added throughout the years. The murals of Piazza Magione are hidden amongst well-known alleys, famous piazzas, and seemingly forgotten corners. These range from small stencils to works of monumental proportions. The tour starts at Piazza Marina and winds through the silent, captivating streets of the quarter. Later on, we’ll stroll along the recently-modernised Pier of Sant’Erasmo, where you’ll get the chance to enjoy the breeze of the sea and the view over the grand murals depicting the Saint after which this quarter is named. 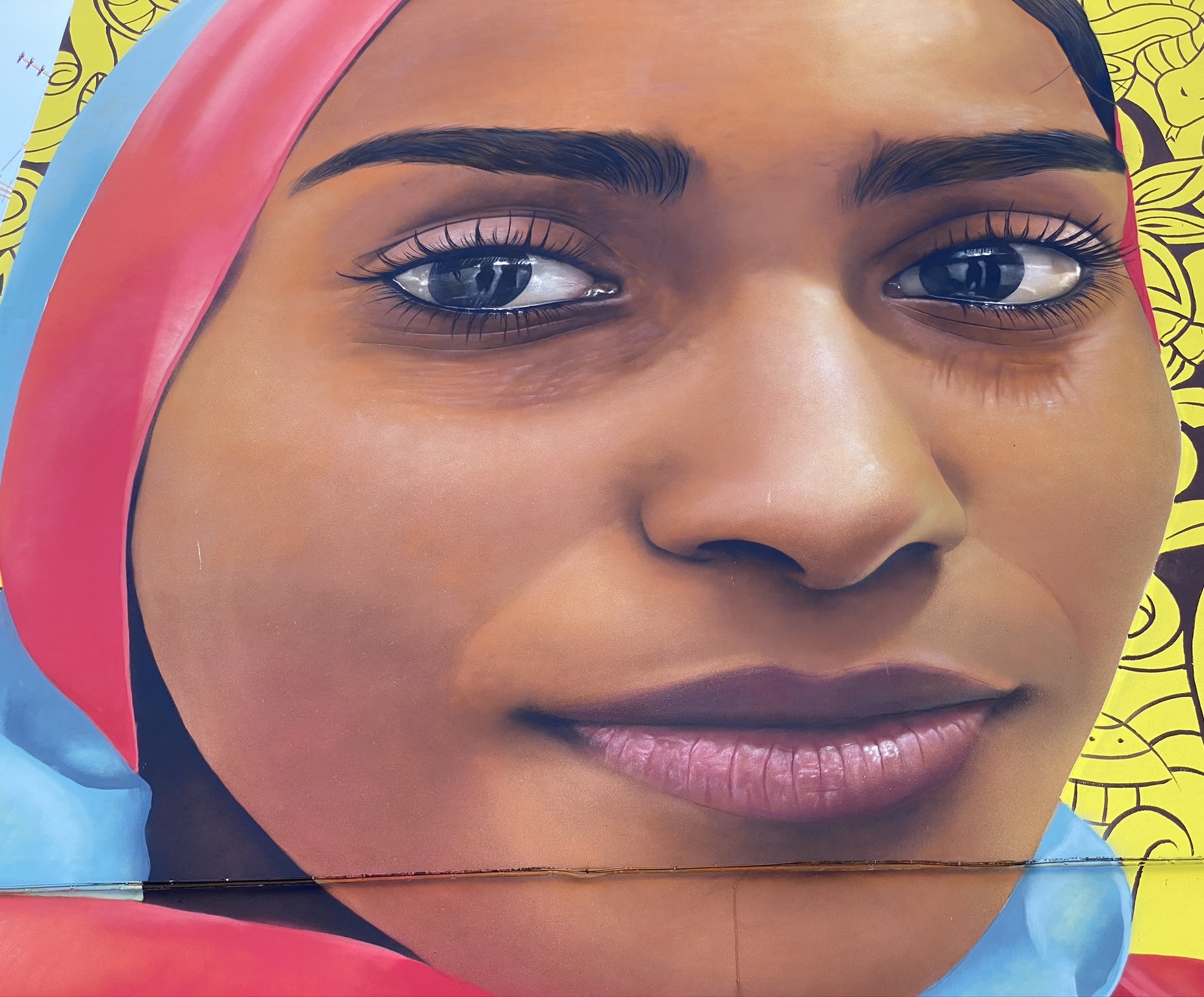 Our Street Art Tour 2.0’s backdrop is Palermo’s historical center. We’ll pass through the most hidden alleyways of the Capo and Ballarò markets to reveal the beauty of new murals, artistic techniques, and artists. We will visit ongoing social projects featuring murals with a progressive spirit, which are part of a much wider aesthetic and social regenerative movement. Some of these  murals include:

Projects of visual and thematic modernisation have added color to the grey spaces of many deteriorated areas in the heart of the old Palermo – a part of the city that continues to emit a charismatic identity. Walls, portals, halls, and shutters decorated with marvelous drawings simultaneously depict a contemporary urban culture, old legends, and street stories. 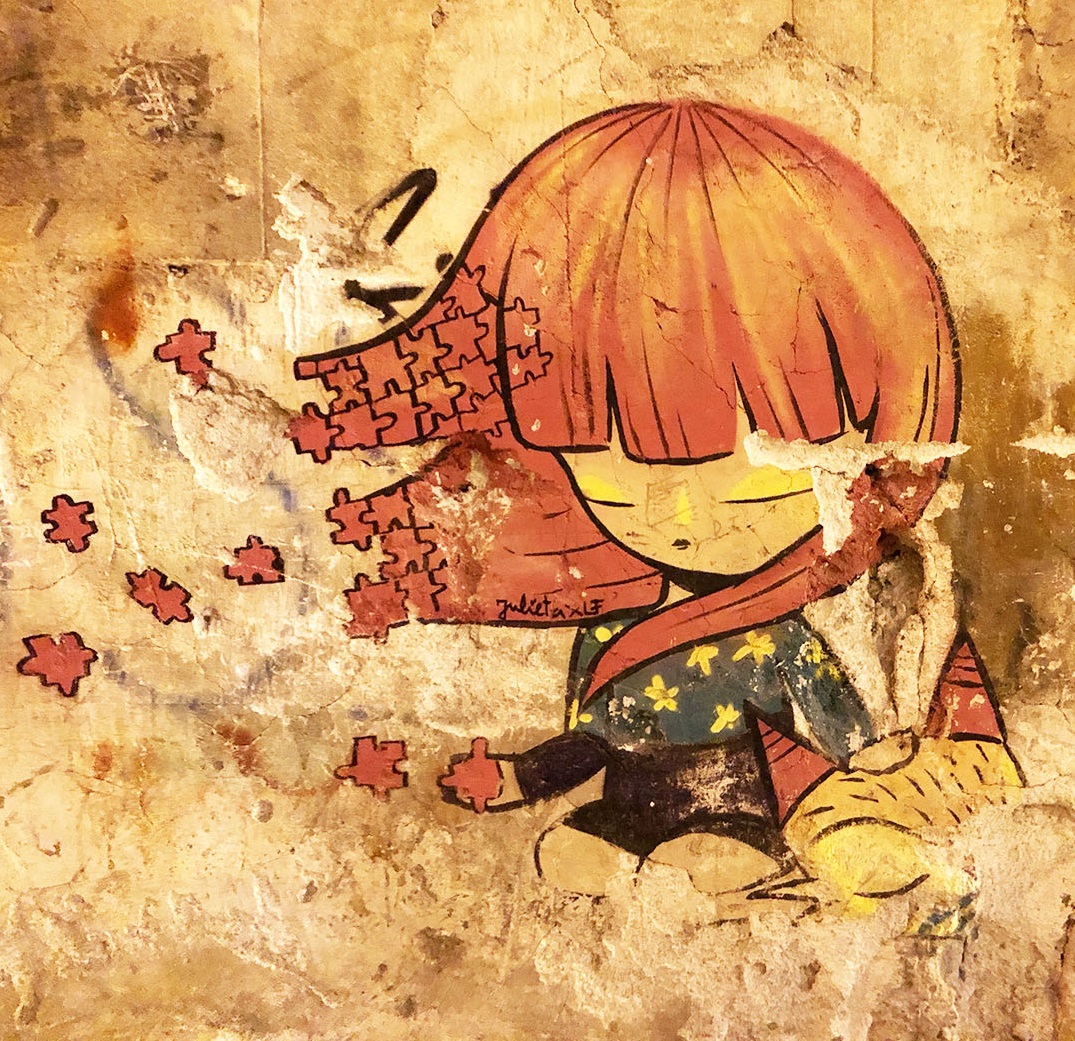 Palermo’s walls are adorned with life, color, murals, posters, and graffiti. From the “Borgo Vecchio Factory” (a social project created by a crowdfunding campaign to modernise the working-class quarter of the Borgo Vecchio) to many others projects that have involved famous national and international street artists, the local scene here changes on a daily basis. This tour showcases a pulsating creativity that is unbeknownst to most and gives the city a new outlook. Walking along the typical alleyways of Palermo’s most well-known quarters, you linger at a huge range of incredible murals where the old and the modern interact harmoniously. There are the octopuses, dogs, and whales of Ema Jones and her  young collaborators as well as French artist Coquellicotte Mafille’s elaborate portraits. Then there are London artist Pang’s characters of the Odyssey, which have brought epic poems to life for the younger generation. Everything tells the story of a special interaction between artists and families, art and popular culture, and the streets and beauty. The tour then moves on to the Vuccirìa, which you could say is a whole new open-roofed museum, laboratory of experimentation, and frontier for street art. 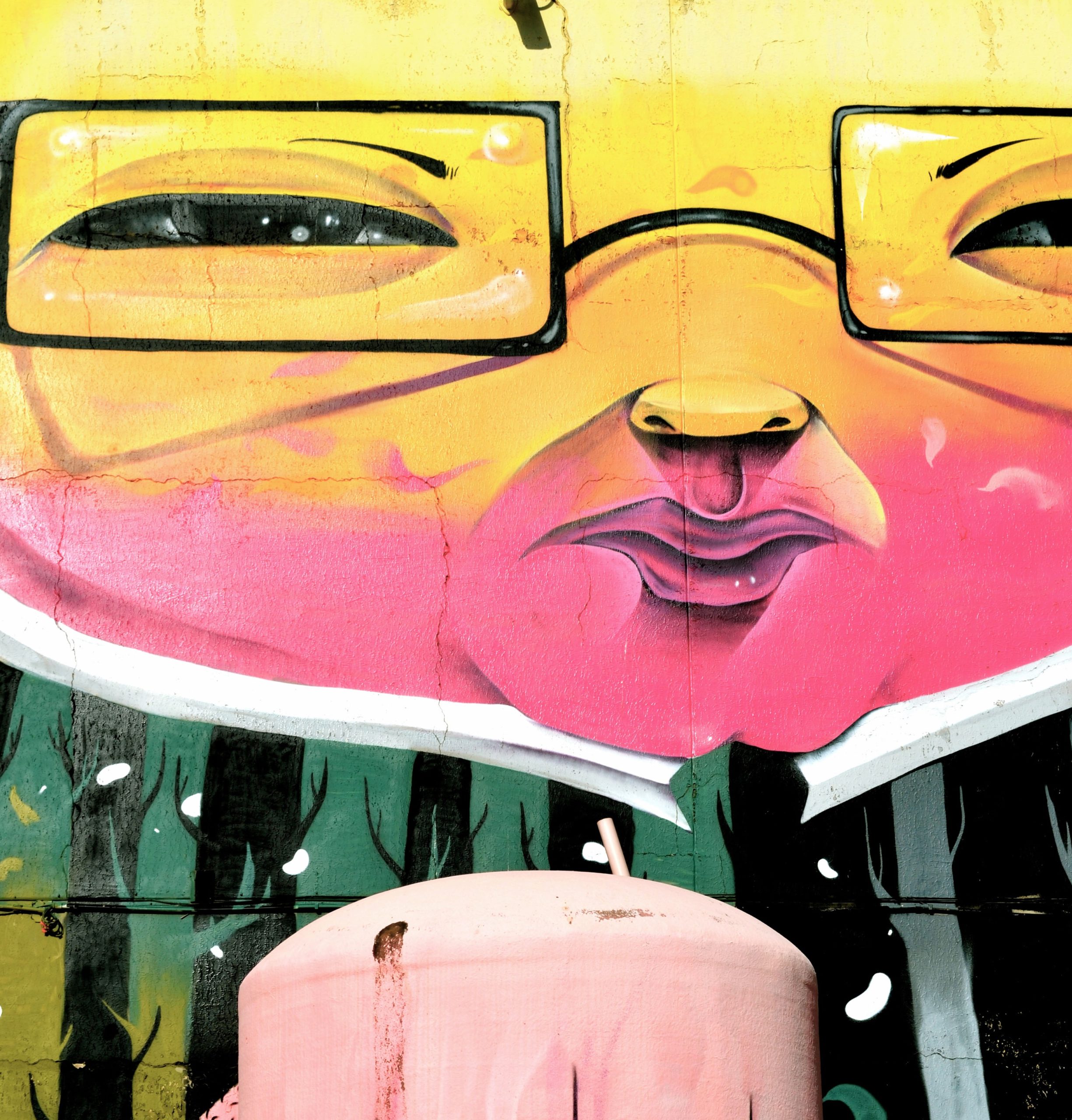 Passionate, unspeakable, crazy, cruel and silent love! Forbidden, betrayed, unlucky, and overwhelming love! Are you sure you know everything there is to know about the subject of love in Palermo? Alternative Tours Palermo has created an itinerary that will introduce you to some heartbreakingly romantic stories, legends of crazy love, and secret passions. This tour is an evening walk under the dimmed lights of the Kalsa where you will discover real “ammore” in Palermo. The stories we tell during the tour are not the fruit of frivolous gossip. They are moving and intriguing tales that dig deep into the hearts of men and women and reveal the traditions, mentality, and terrible prejudices of Sicilian society. Come hear about love so big it still makes you drift into a world of beautiful but sometimes unlucky women, love affairs without happy endings, and lasting unions that not even death can part. There are also stories of devoted correspondence across oceans and, of course, happy endings. The tour is open to all couples as well as singles. We will tell you these stories in our signature “alternative” style. All participants will also receive an original gift of love from us! 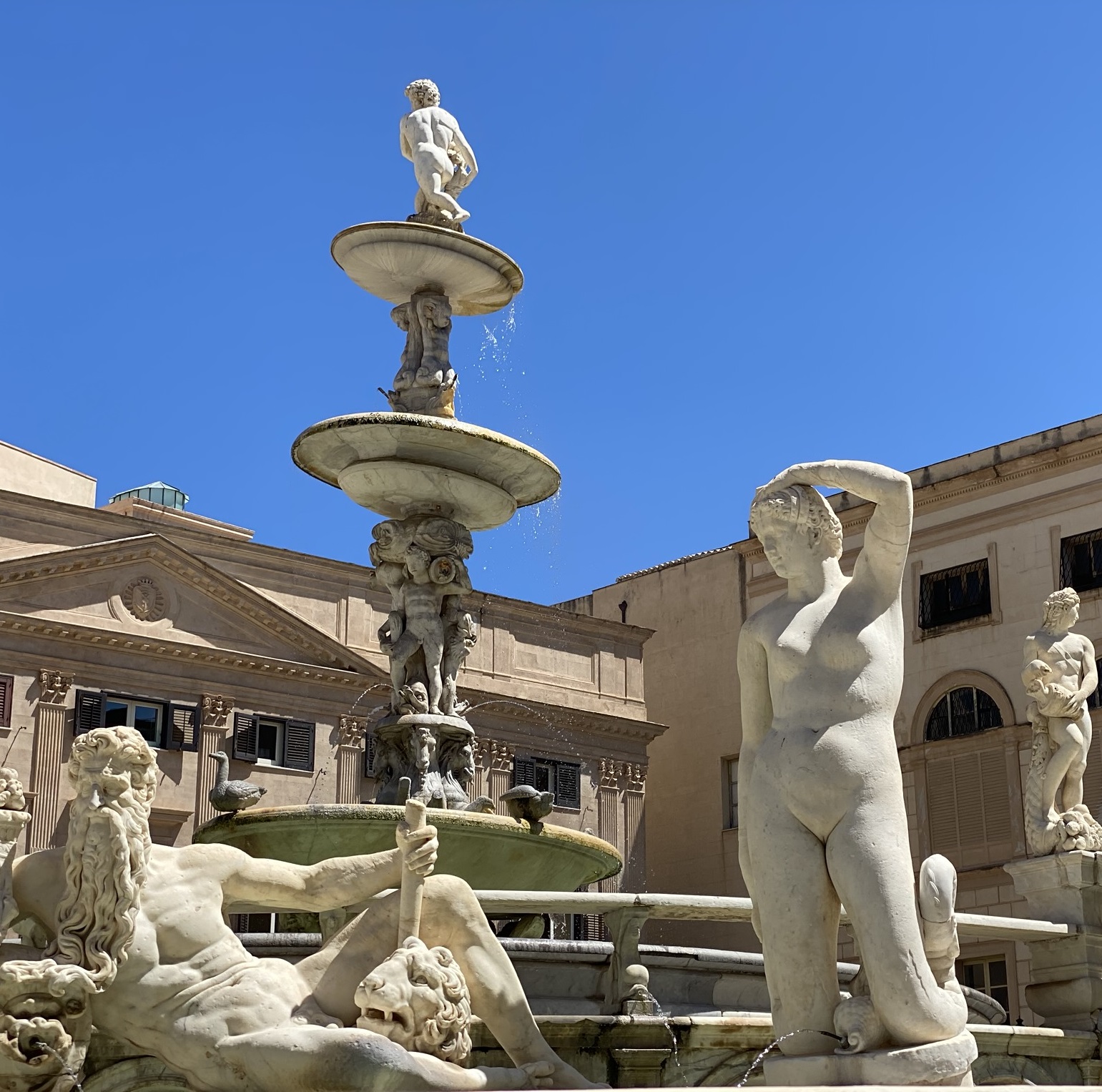 A mysterious itinerary along winding alleyways, secret buildings, and residences inhabited by characters evocative of Palermo’s past. Accompanied by our colleague Chiara Utro, you will hear all about Palermo’s legends, ghosts, and unsolved mysteries. On this interactive tour, each participant will receive a personal  “Ghostbuster” passport. They will then be invited to retrace scenes, rooms, and documents to discover the identity of their hidden historical character. Our Ghost Tour is a truly authentic reflection of our city’s spirit! 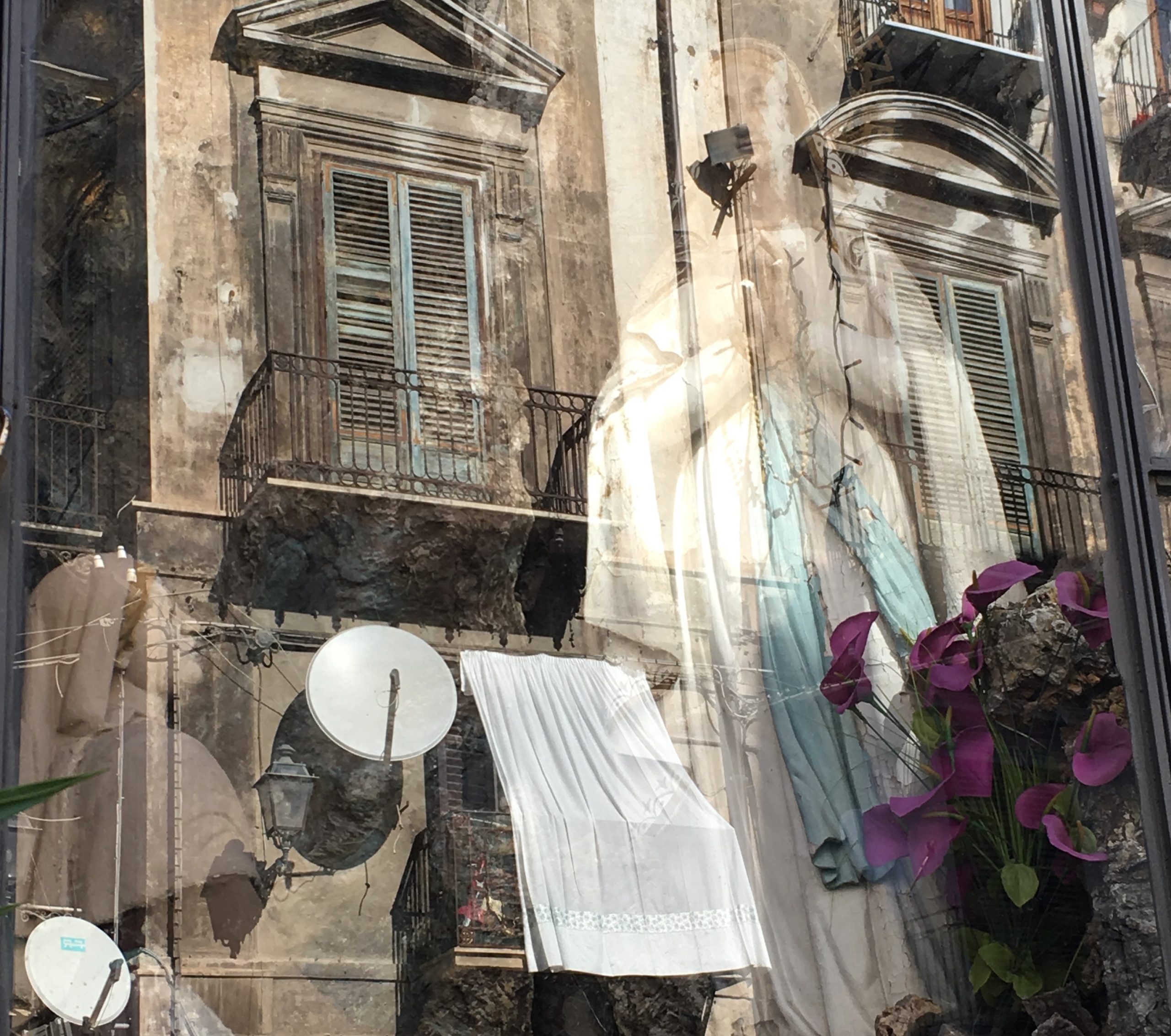 This tour will take you back in time…inside Renaissance chapels, noble tombs, Liberty architecture, magnificent cloisters and to relics that have remained undamaged by the centuries. It’s a unique walk around the Santa Maria di Gesù Cemetery. This isn’t some bizarre itinerary, but a visit to a monumental complex of extraordinary beauty. It’s an open-roofed museum featuring masterpieces of art and Sicilian architecture from the 18th to 20th centuries. We will start with Damiani Almeyda, architect of the neoclassical Teatro Politeama and the Florio Chapel. The Florio Chapel is where one of the most prominent Sicilian dynasties, which was founded by Vincenzo Florio, rests. Vincenzo Florio was appointed Senator of the United Kingdom of Italy by King Vittorio Emanuele II. We then move on to the Lanza di Scalea Chapel and its creator Ernesto Basile, one of the most well-known architects of international Modernism and the Liberty style. A particularly emotionally-charged part of the tour is when we visit the chapel dedicated to the judge Paolo Borsellino. It’s a parallelepipedon which contrasts the lightness of glass, a symbol of freedom and transparency, with the oppression and heaviness of cement – a reference to the force of the mafia against which this brave man battled. Marble and ceramics, decorations and embellishments, busts and portals, will tell the story of Palermitan viceroys, princes, aristocrats as well as other characters that made Sicily famous. 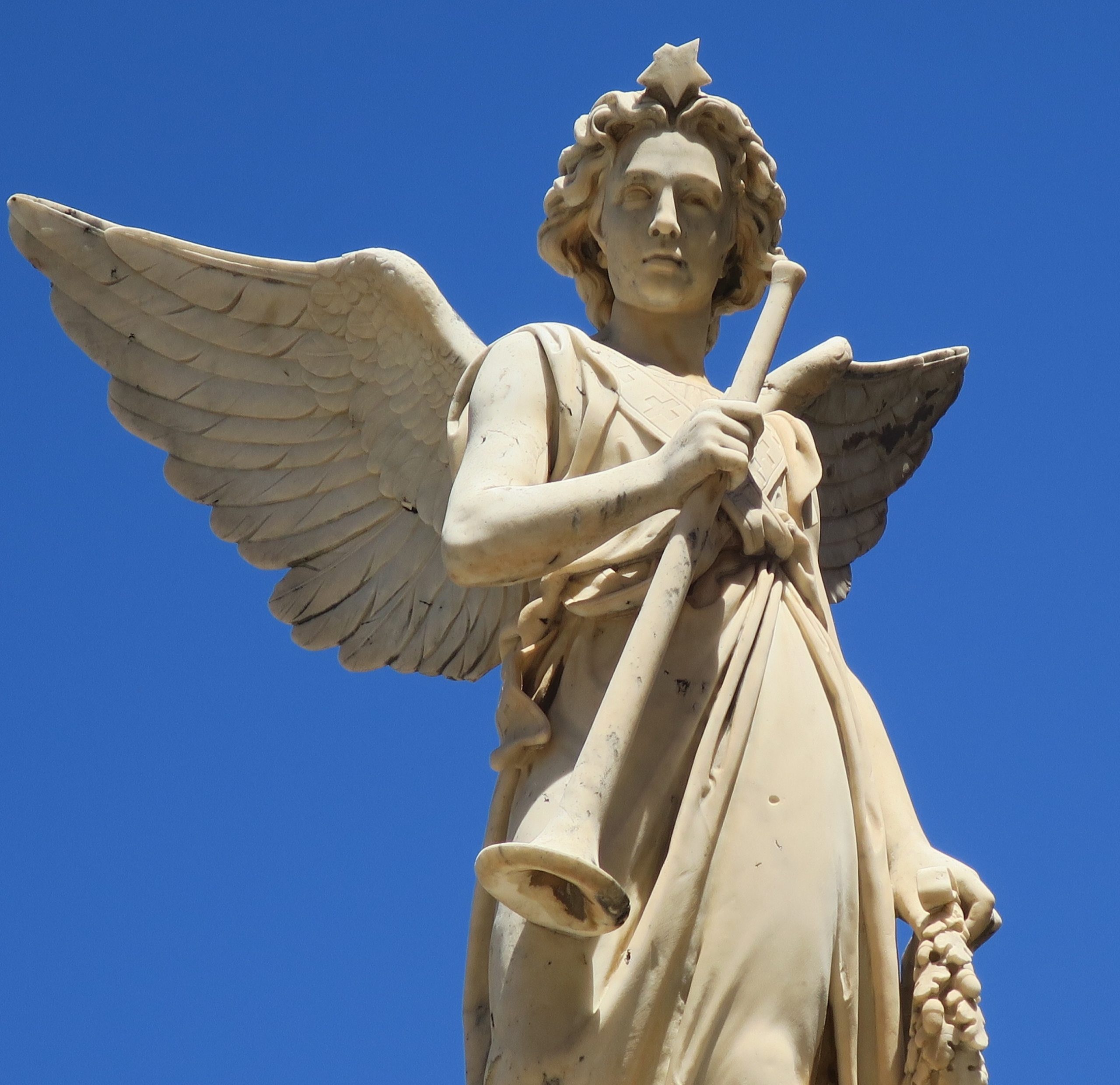 A visit to Isravele’s Sanctuary at the top of Mount Gallo is an unforgettable experience both for trekking enthusiasts and fans of Outsider Art. Isravele is an outsider artist who is self-taught in the art of mosaics. He’s also a poet of all that is recycled and is a hotbed of creative spontaneity. An elderly man who made the decision to leave his family, his job, and the comforts of modern life to dedicate himself completely to God. He lives as a hermit in a Bourbon sighting tower, which he has completely covered in mosaics made from stones, glass, seashells, ceramic fragments, and recycled material. Over the course of 20 years, he has created a truly unique, eccentric, and poetic work of art without any formal artistic training whatsoever. It’s his very own personal cathedral where he spontaneously combines symbols drawn from Christianity, Judaism, and Islam. 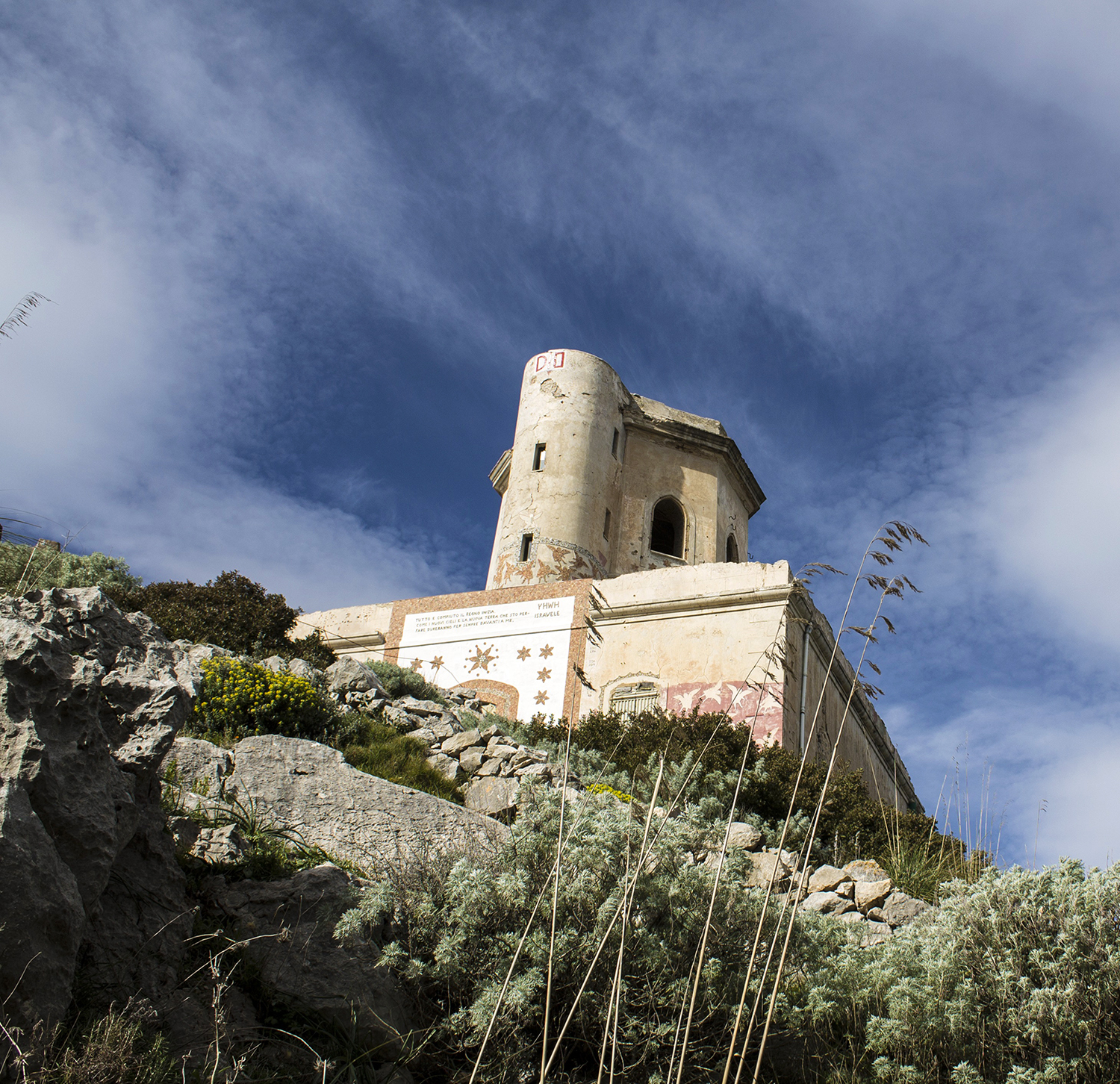 The tour explores two quarters that lie in the heart of the historical center of Palermo: the Kalsa and the Vuccirìa. These are places that are going through a period of urban and social regeneration, where art is used as way to emerge out of the state of decay that has plagued these  areas for so long. 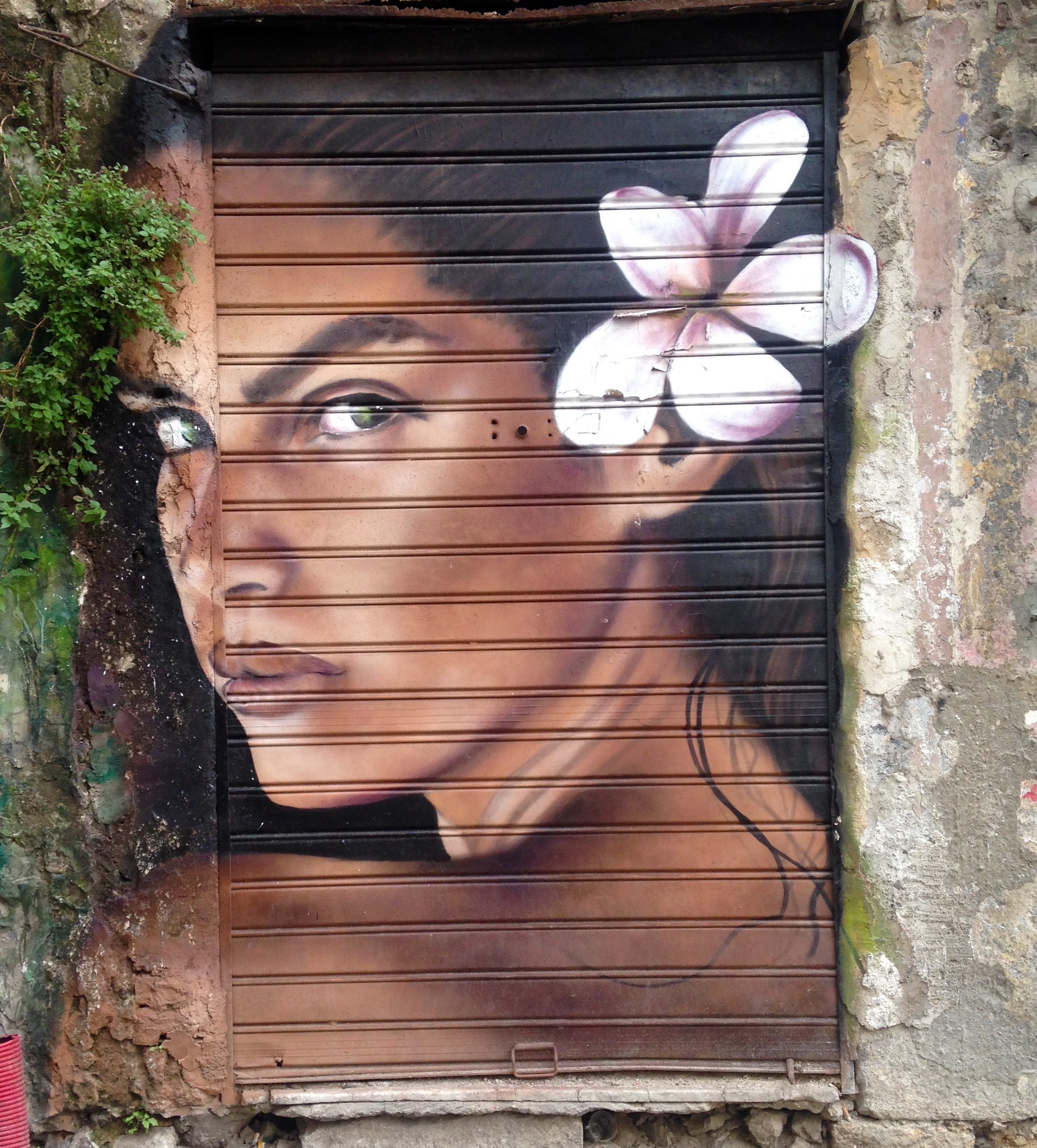 Enrico was already working as an officially registered tourist guide for the region of Sicily when she was blown away by a street art tour in London. She immediately recognised the potential of an unexplored Palermo which was using street art as a means of urban and social regeneration between 2012 and 2014. In those years, the Borgo Vecchio quarter, followed by the Vuccirìa and then the Kalsa quarters, started to be covered by murals painted by international artists thanks to a crowdfunding project aimed at improving the city. This is how the first Alternative Tour Palermo was born. It was very different from the usual and traditional tours featuring Arab-Norman itineraries, the mosaics of Monreale, and Baroque splendour. It was a tour inside the city, which explored its edifices and its people up close and more personally.

Virginia is the marketing wizard behind Alternative Tours Palermo. She was already a professional organiser of cultural events and a promoter of local and international festivals of contemporary art when she joined the project. She loved the originality of the alternative nature of street art tours! She is in charge of the project’s communications and promotion, with the overriding goal of engaging with an ever bigger and more passionate audience. Her expertise is not limited to Sicily, but extends much further into the international world of art. She is currently teaching History of Art at the Italian Cultural Institute in Budapest and is also curator at a gallery of contemporary art in the Hungarian capital.